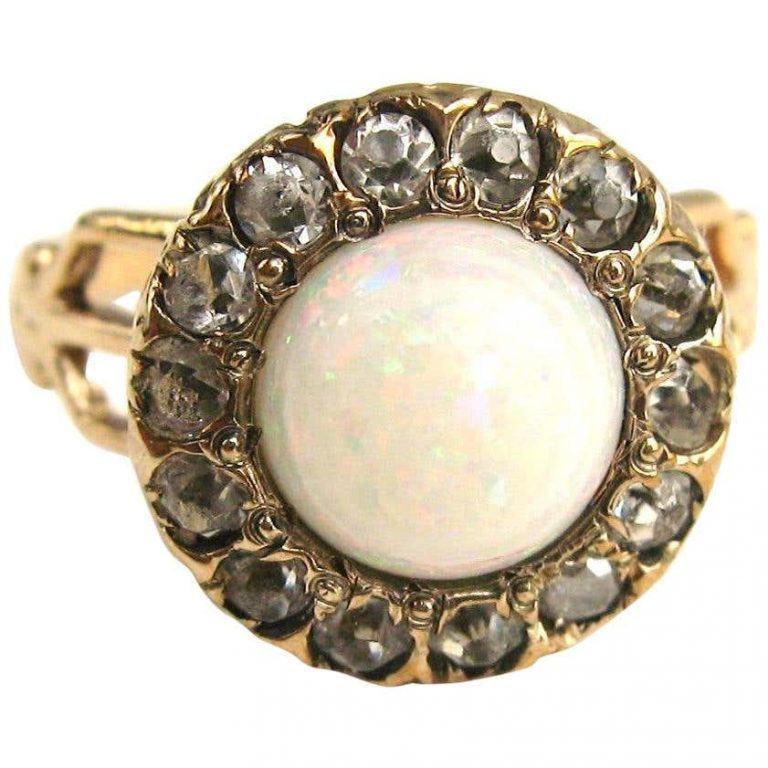 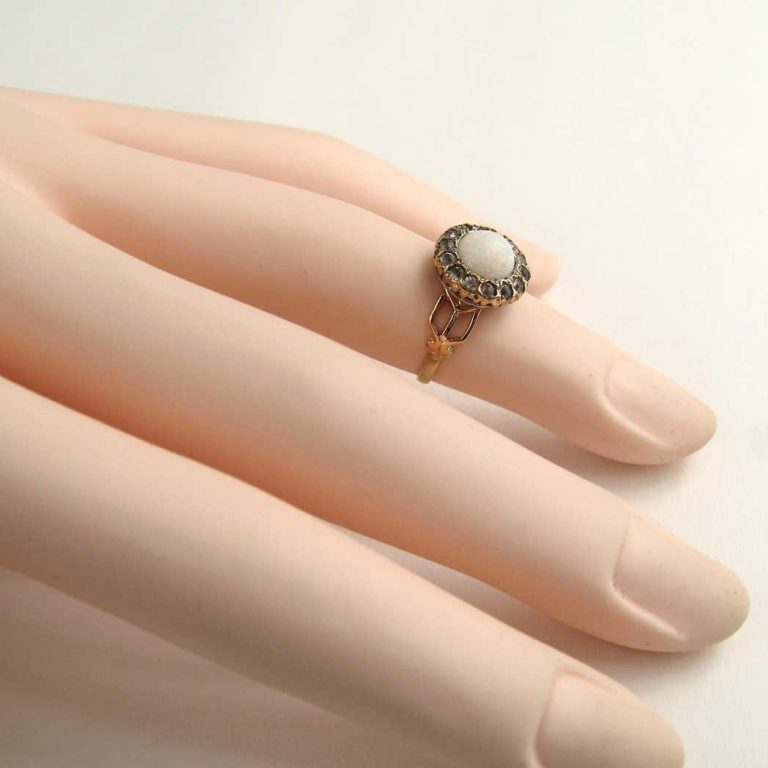 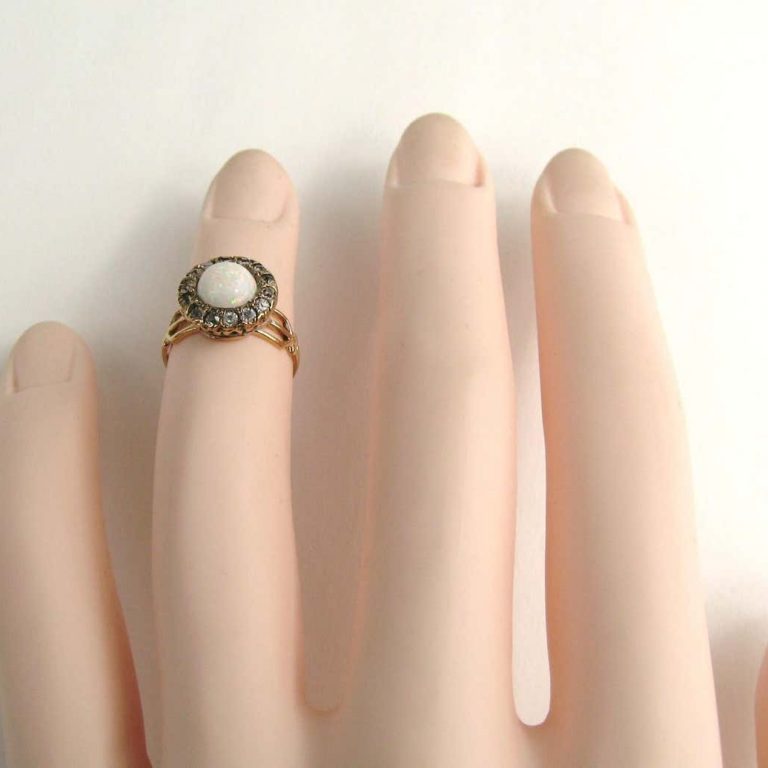 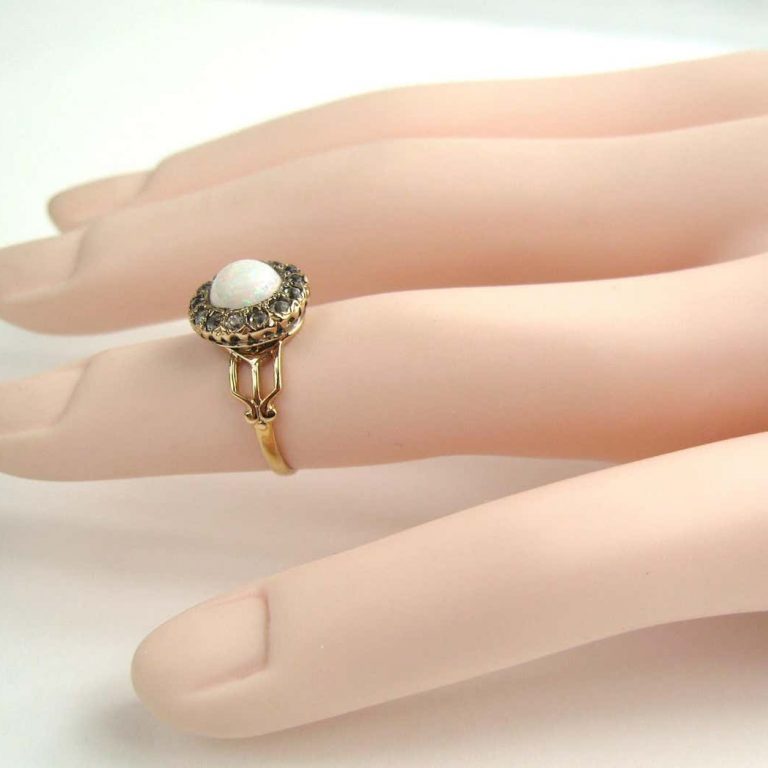 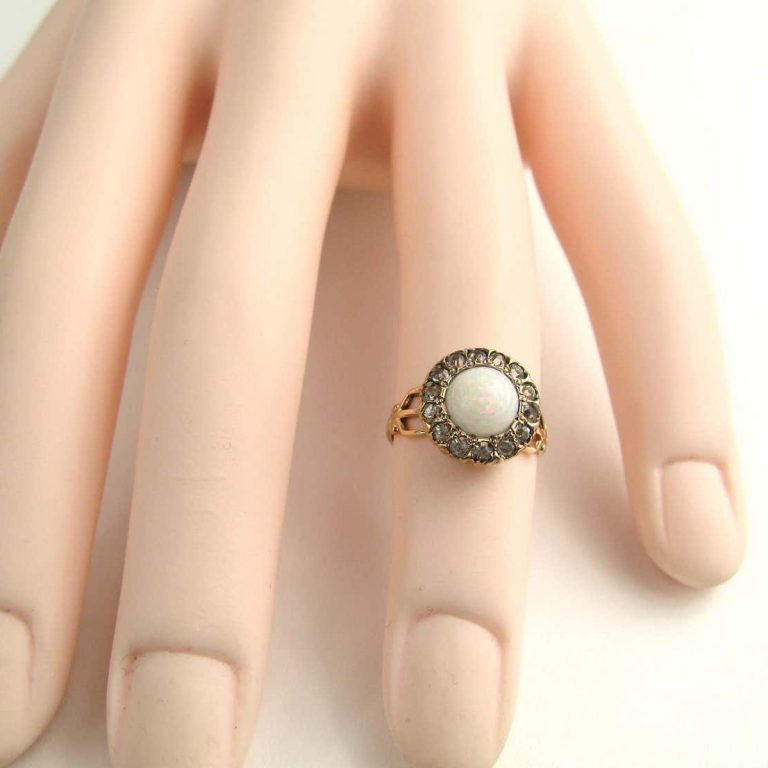 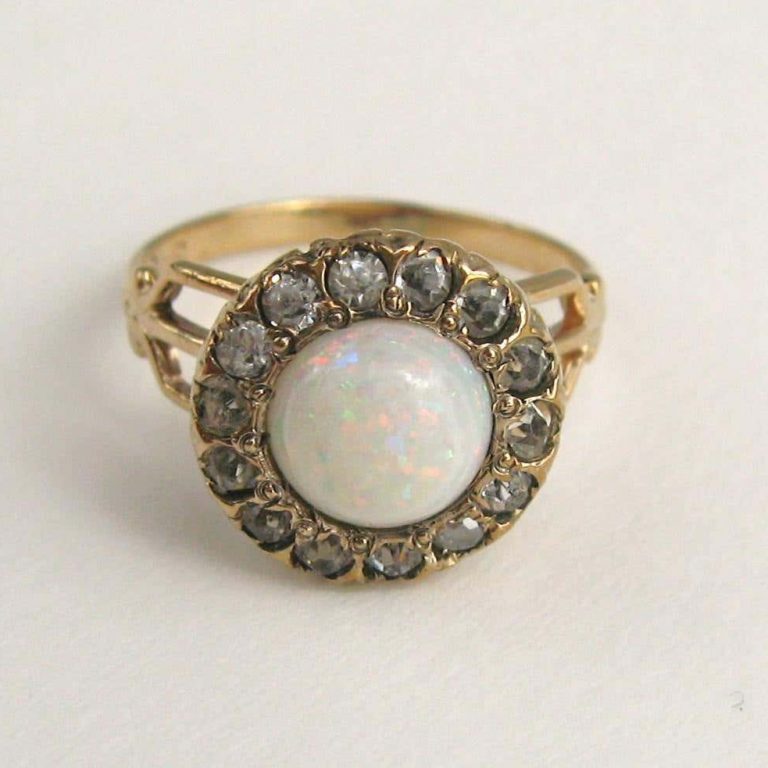 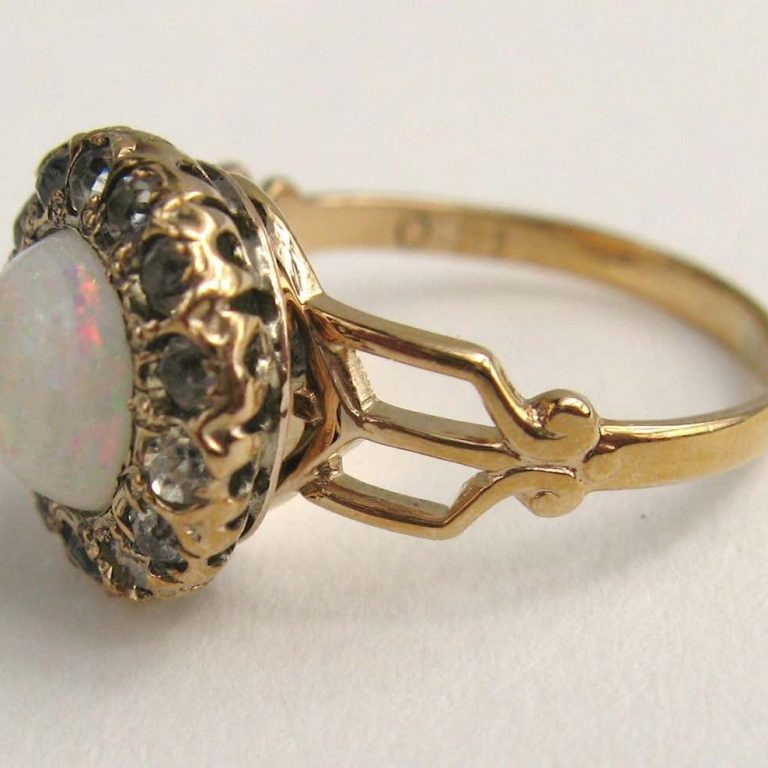 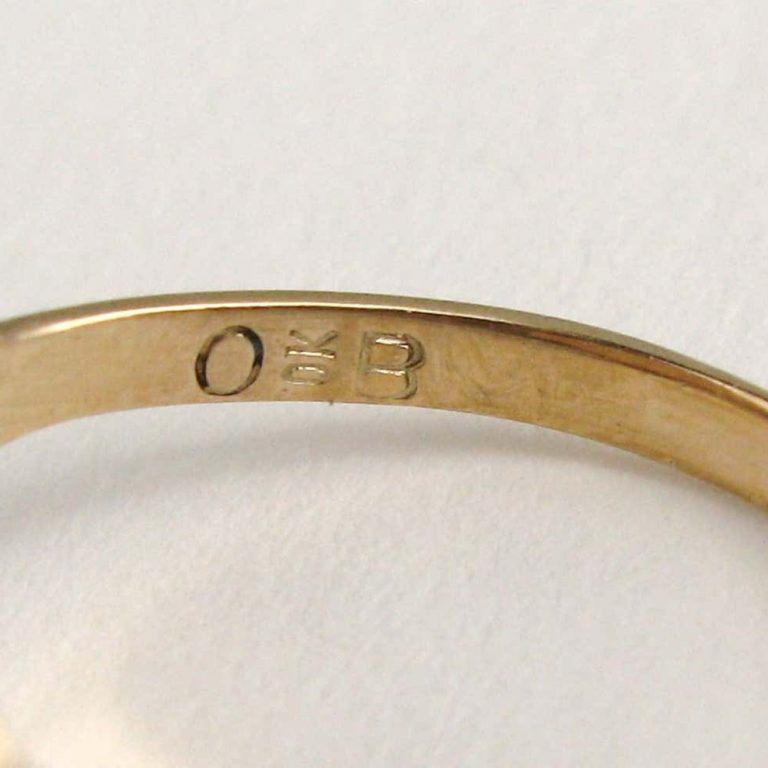 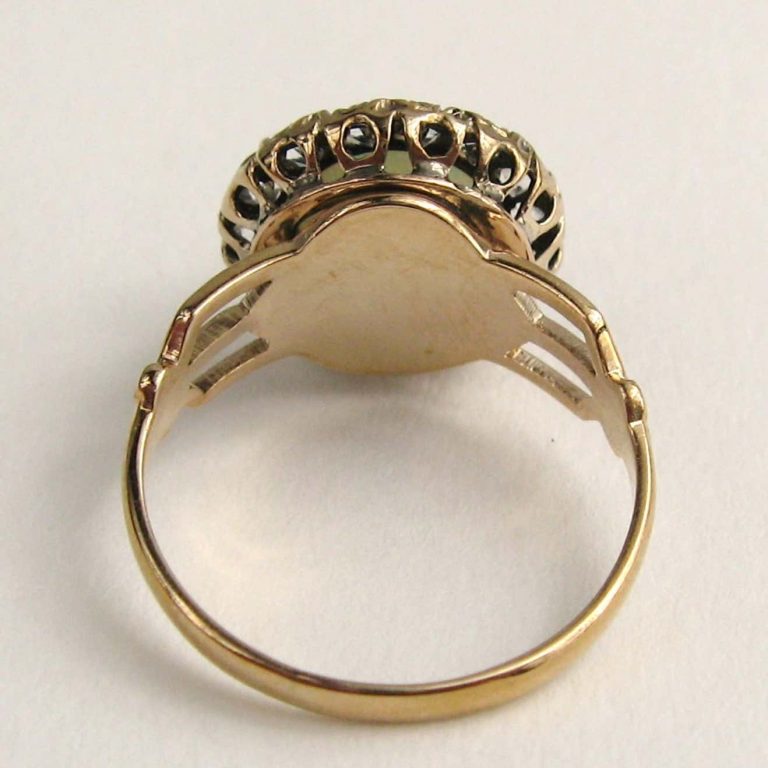 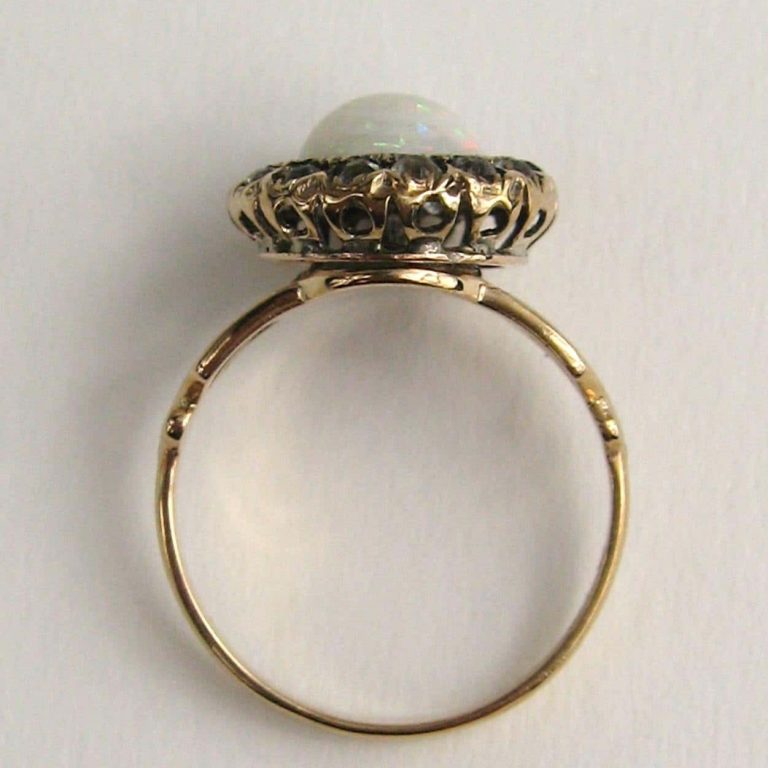 Antique Opal Diamond Gold Ring Ostby & Barton Halo Ring with 14 mine Rose cut diamond accents surrounding a center opal. The Ring is a size 4, however, it can be sized by us or your jeweler. 10K gold
In 1869, Ostby joined his parents and brother in emigrating to the United States. It was here that he worked for two different jewelry companies, first Hunt & Owen, then Arnold and Webster, where he specialized in jewelry design & engraving. When Ostby & Barton formed their new jewelry company, they had barely three thousand dollars in capital. Despite this, their company would soon be known as “the largest ring manufacturers in the world”. The business was thriving, and people in the industry could easily recognize the well-known “O-B” stamp on rings.
Ostby and his daughter Helene traveled to Europe frequently, to study European jewelry design and production. After 1906, all of Ostby’s trips to Europe included his daughter. Little did they know, their last father-daughter trip together would be to France in 1912. This final trip ended in tragedy. Ostby perished on the Titanic, his daughter survived and went on to continue the jewelry business.